The Mind Behind the Exciting “Spiral” Novel Series 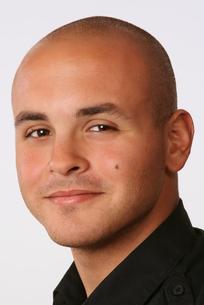 J. Anthony Mylie was born and raised in the north-eastern United States and currently resides in Connecticut. He holds a bachelor's in creative writing from Western Connecticut State University.

He was drawn to the world of entertainment from a young age. The thought of bringing emotional experiences to others ingrained itself into the corners of his mind growing up. Although he struggled in finding the means to do so, writing eventually emerged as the skill and passion he felt offered his best chance to reach people. A practice which was also enjoyable and therapeutic for himself; using humor and honest sexuality to dig deeper towards tangible love and answering the prime existential questions. Putting pen to paper has been the path he has chosen to walk. Now, he hopes to bring others along with him on adventures most grand and eye opening.

He enjoys traveling to any and all places; especially those that help transport him to times and locales other than his own. He enjoys a good cigar and a well-aged single malt scotch. Both of which are close at hand when he writes.

He loves to engage and converse with fans, or rather, friends.